During the winter months of this year three Nova directors and the Brickstar project manager conducted a site visit to the Brickstar project area, situated in the northern Limpopo Province of South Africa. The visit was a success and a few important aspects stood out from the interaction between Nova staff members and the Brickstar stove users. What follows are a few reflective notes from the Chief Experience Officer capturing these aspects following the project visit.

The Brickstar Stove project has reached the point where it can be rolled-out at scale. In mind of this fact the team had an interest in the following points:

1.The marketing that was needed

4. The way the stove is used in the household

Looking back on the observations and interactions, a few things about domestic practices came to mind:

In 1997 we visited urban households that used coal to cook food, for warm water and for space heating. People told us how important the coal stove was for them. One mother said: “Even if there is no food in the house, but there is fire, I am still happy, because fire brings the family together”.

When we started to work in the rural area at Molati in 2001, the area was characterised by modest modern houses combined with traditional huts.

During our recent visit, nearly 20 years later, the character of the community had changed from a low-income rural village to one more representative of a town context (tarred roads, brick houses, electricity and private boreholes). There are many fairly large houses – some even double storey, often luxurious. This defined the character of most of the places we visited and observed, more than the traditional style or the low-income housing that are still present.

The mango trees grow easily and there is an unofficial market for the fruit at the mango achar facility. Production can significantly be increased, but people have a complacent attitude: the trees grow randomly from the seeds that are thrown down, and the achar producer travels to the household to purchase the fruit. They are aware that there is a nursery where they can get trees that would give a higher yield, but they look to us to help them improve production. According to Maria Nyathi, our local project coordinator, this wish is not driven by hunger but by the need for extra income,  although many people do not have enough food. Contrary to what occurs in many places in South Africa (I have also seen it in Malawi and Ghana), the practice is not to sweep the bare area around the house on a daily basis, removing the soil around the foundation of the house and leaving it more and more exposed. In the Molati area the soil around the house, the lapa, is mostly covered by dung or cement, protecting the house itself. There are few small-scale activities, such as spaza shops or soccer fields. Waste seems to be a problem – in some places there is plastic in what looks like a compost hole. Households burn plastic waste in these holes.

Nova uses the terms domestic practice  to describe a pattern, a combination of diverse elements in a set but more or less flexible pattern in which different household members play different roles, usually making use of artefacts and products, to satisfy a fundamental need or needs.

The traditional fire formed part of a domestic practice, as can be seen from the descriptions below.

A common perception of this practice can be described as follows: In most areas of South Africa, before urbanisation, people used to sit around an open fire, and many are still doing that. The fire would be outside, sometimes in the open and sometimes in an outside kitchen. Life happened around this fire. During the day the women would go out in small groups to fetch wood in the veld. They went together for the sake of safety and to socialise. You could hear them talking and laughing when collecting wood and when they walked back home one after the other in a narrow footpath through the veld, balancing bundles of wood on their heads. At home they would be busy around the fire, cooking “slow” food through the day, doing washing, sweeping the yard, and other household chores while the children would be playing around them – the smaller ones closer to them, the older ones roaming further away. In the evening the whole family would gather around the fire, because that was where there was light, food and companionship. There they would relate what had happened during the day and they would tell stories.

Among the Bapedi “my children” are called “bana beso” – children of my fireplace (Mönnig, 1987: 237). African writers provide an even wider interpretation of the gathering around the fire. Leopold Senghor makes a sharp distinction between the light of Europe, the world of the day, and the world of the night, the darkness, where Africa regains its identity:  “Night, death, childhood are unified… and share the essence of Africa, the dead, the mother, the dance, the drum, and the blood of life” (Awoonor, 1976:169).

The preparation of food was at the same time a religious ritual. A Zulu diviner explains to Berglund (1976: 103,104,214): “The shades warm themselves at the hearth. When they are warm, they become hungry and eat that which is left in the vessels”. To step over the hearth is not allowed, because “one does not step over a shade” (a shade is the spirit of an ancestor). Fire is also closely related to sexuality and fertility. The fire enabled people to socialise, to sustain themselves, to relate to the spiritual world, to affirm life and the continuation of life, to experience “the interconnectedness of things” (Mphahlele 1972:24).

Things have changed. As the population has increased, the use of firewood has become unsustainable. First, electricity has provided light in the house and then TV added entertainment. Children and adults migrated from the fire to the TV. Many families find electricity too expensive to cook with, and still cook on a fire. But the domestic practice has largely disappeared. What remained was more of a practical usage pattern: the mother collects wood or she buys wood, she makes fire and cook the food while the rest of the family gathers around the TV. The traditional kitchen becomes a place where you store things. The family has migrated from the traditional fire to the TV. The mother sits alone at the stove, sometimes she joins the children to watch TV so that she can be with them, because the TV is taking them in “another direction”, it teaches them “other things”.

Using fire, either in the Brickstar stove or as an open fire, has become a specific action for a specific aim, without any deep significance, or so it seems. But the fire has not lost all significance.

In a group discussion with a group of mothers I had facilitated earlier this year, they also talked about the children who prefer to watch TV to sitting around the fire. The mother now sits cooking alone by the stove and she feels this situation slipping out of her control. I asked whether we should rather try to find another solution that is also affordable, that does not take the mother away from her family. But they fear that, if they let go of the fire, their ability to win their children back is weakened. Their daughters also become mothers and often leave their children with the mother’s mother. But when they are home, they have to cook, and they have to use fire to do so. And that fire still has significance. Perhaps the fire still signifies a symbol of keeping the family together. 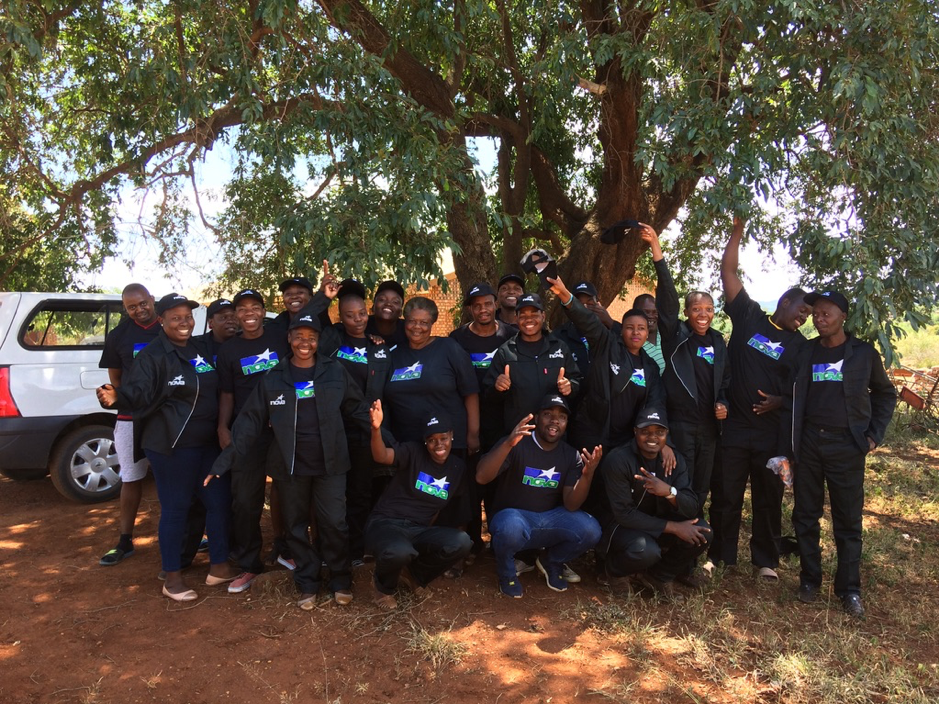 The year has kicked-off on an encouraging note with the exciting news that our Brickstar stove project is now registered as a Gold Standard for the Global Goals (GS4GG) micro-scale project. The project was conceived in 2012 and has progressed successfully through all its development phases to the point where it is ready for implementation at scale.

This is not the first time that Nova has succeeded in registering a project with Gold Standard and to date we have traded more than 200 000 Voluntary Emission Reductions (VER’s) generated from our flagship programme Basa Magogo. Having achieved this measure of success in our flagship project, the question always remained whether it could be done again. Now, finally the Brickstar project is showing potential for the same measure of success.

Once you have developed something that works in one village, the big question is how to take it to hundreds of villages, and where to get funds to do so. Running parallel to our own development of the project we also initiated the Gold Standard’s process of project validation, certification and registration to explore carbon credits as a possible avenue towards a feasible business case for large-scale role out. The process also assists project developers to work rigorously and keep account of each grievance or suggestion raised by stakeholders in the community. Having the project registered as a GS4GG project allows it to generate VER’s which Nova can then trade on the carbon credit market in order to sustain the project over an extended period of time (5-10 years).

It took dedication and commitment from all role players to see this project through from where it started until today. We are truly inspired by this development and it offers us encouragement to continue pioneering in this form of sustainable development for many years to come. 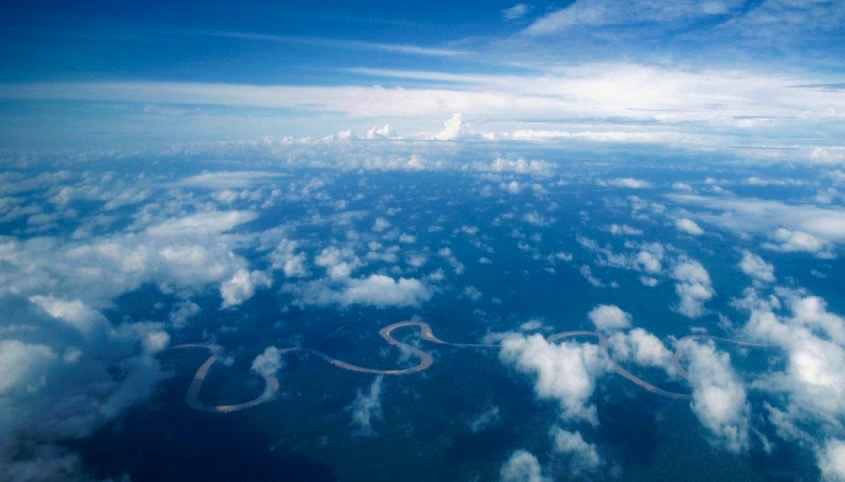 On 31 October 2018 Nova Institute received an honorary award during the annual Conference of the National Association for Clean Air (NACA), in Vanderbijlpark, South Africa. The award was  received by Managing Director, Christiaan Pauw, who attended the conference to present a paper. The National Association for Clean Air periodically recognises and honours an individual or entity for their outstanding and innovative efforts to improve air quality. The award specifically honours initiatives that directly or indirectly reduce pollutant emissions, demonstrate innovation, offer sustainable outcomes, and provide a model for others to follow. The award acknowledges Nova’s leading role in efforts to improve the air quality for low income households of South Africa over a period 25 years.

Nova finds great encouragement in the conferral of this award and the team hope’s to continue and build on our aim of establishing a healthy household culture in Southern Africa.