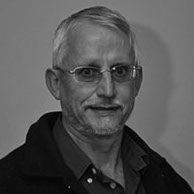 Attie studied theology at the University of Pretoria. He was a minister of the (black) Dutch Reformed Church in Venda, South Africa from 1978-1984, and professor at the theology department of the University of the North from 1984-1993. His book written about four poets from Soweto and Alexandra in the 1970’s, “Dominee, are you listening to the drums?” was co-winner of the Sunday Times Literary Award for Political Writing in 1984.

Other publications are Sáám in Afrika, 1992 (English translation – One Destiny: Our common future in Africa), and Anderkant die Reënboog, 1996, all published by Tafelberg Publishers, Cape Town. All of these publications deal with the interfaces between different cultures.

In 1994, when the theological training at the University of the North closed down, Dr van Niekerk became a founding member, the only employee and the managing director (until 2014) of Nova. In 1997 he became a part-time lecturer and in 2004 director of the Institute for Missiological and Ecumenical Research at the Faculty of Theology, University of Pretoria. He fulfilled this role until het retired in 2016.

Because of his many years of experience in Nova he was made the Chief Experience Officer (CXO) and the manager of the Business Unit Incubation of Nova in 2016. It is a role that he enjoys very much. The CXO is responsible for the strategy and user interface design of the organisation’s products and services particularly in the early phases of solution development. He attends to the user experience and impacts and effects on low-income households of Nova projects.