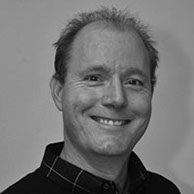 Dr H M Murray holds the following five degrees from the University of Pretoria, all with distinction: BA, BA Honours, BD, MDiv and DD. His academic studies included pre-graduate studies in Wabasha, Minnesota in the USA and post graduate research at the Universities of Utrecht and Leiden in the Netherlands.

Since 1999 he has been involved in research projects for the Centre for the Study for AIDS, ISWEN at the University of Pretoria, the Nova Institute, the Dutch Reformed Church and the Witness Forum of Mamelodi / Lusaka.

Dr Murray has distinguished himself as researcher. He has published several articles in peer reviewed journals, lectured at the University of Pretoria and he has presented his research on various occasions on a national and international level. He is a core member of the Functional Household Programme Team who won the THRIP EXCELLENCE AWARD from the South African minister of Trade and Industry in 2005 in the category Social Development and also of the Nova team that won an award in 2018 from NACA (National Association for Clean Air) for “playing a leading role in efforts to improve air quality in low income communities around South Africa for 25 years”.

Dr Murray’s has more than 20 years’ experience in developing quality of life solutions for low-income households in the Southern African contexts. He is currently CEO of the Nova Institute.

He is married to Dr Carien Murray, a medical doctor. They have two daughters, Renée and Marita.