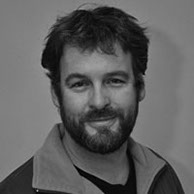 Following secondary schooling in Thabazimbi and nature conservation studies at the Pretoria Technicon, Hendrik was employed as manager at a popular holiday resort in the Limpopo province. In 1999 he travelled abroad and was employed in the United Kingdom as a Street Environmental Manager by the Westminster City Council, until his return to South Africa to commence theological studies. Hendrik attained an MTh degree with distinction.

In 2007 Hendrik accepted a position as project manager on an early phase development project at Nova. This led to similar responsibilities on subsequent projects, and eventually to a directorship responsible for all Nova operations. During his 15 years at Nova Hendrik gained valuable experience in developing and implementing quality of life research projects and -solutions in low-income environments throughout the Southern African context. Depending on project demands he performs implementation-, project-, and/or programme management duties. As executive director Hendrik serves on the Nova board responsible for Nova’s governance and strategic management.

He is married to Lorraine, a portfolio manager at a leading South African property fund and has a daughter. In addition to his work at Nova Hendrik enjoys anything outdoors, with sports, offroad exploring and braai at the top of his list.