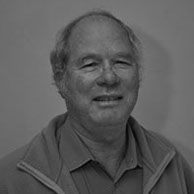 Henry Murray is a Principal Consultant and assists Nova since 2005 with Strategic- and Programme Management.

He matriculated in 1967 at Affies in Pretoria, received honour colours and was the athletics Victor Ludorum. He studied at Pretoria University and UNISA and developed negotiation skills under the well- known Professor Wynand Pienaar.

As a professional electrical engineer with an MBL, he gained extensive industry (steel) and consulting experience. During his career of 40 years+ he was in various management positions such as projects, maintenance, services, procurement, ICT and consulting. He was involved in consulting programmes e.g. performance improvement, change management, quality circles and strategic management. He also worked for more than a year with McKinsey consultants.

Hnrye became involved with Nova since 2005, the first contract being the development of a 10 year strategic plan. He has assisted Nova to become a predominantly consulting and implementation entity.

Henry has lately been involved with the Nova Chics and Green Chics programmes.

He is married to Marietta; they have 5 children and 11 grandchildren. He is a keen squash player and an occasional skin diver.