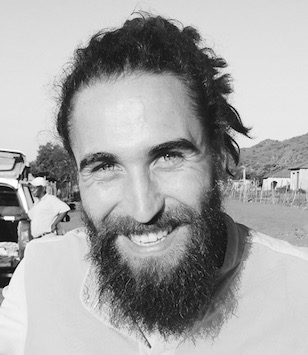 Pierre Reyneke studied theology and completed a BTh degree at the University of Pretoria in the year 2010. In the year that followed he gained experience in the field of recreation and team building facilitation, working for an adventure company based in the Drakensberg. During the same year he co-founded a leather company which targeted the exclusive market of finely crafted handmade leather products. His role in the company was the research and development of new hand crafted products. Working in this field gave him the opportunity to gain invaluable experience in the sector of small-scale entrepreneurship, which contributes to insightful understanding of business models in the rural contexts within which this project was implemented.

Pierre Reyneke joined the Nova Institute in the year 2013 after he was approached by the Nova team with a request to conduct qualitative research over a period of 3 months concerning the way in which an Improved Cooking Stove was accepted into the daily cooking practices of households situated in the rural context of Molati village. Having just completed his Social Science (Honours) degree in Anthropology at the time, the research proved to be quite a stimulating project, and after the research was completed he decided to take up the role of Project manager of the Improved Cooking Stove project.

Parallel to his employment at the Nova Institute, he completed a master’s degree in Social Anthropology at the University of Pretoria. This research project entailed an ethnographic study of the waste management system at the Garstkloof and Hatherley landfills, situated in the City of Tshwane. He is currently enrolled in a doctorate program at The University of Witwatersrand in the School of Geography, Archaeology and Environmental Sciences and forms part of the SARChi Chair in Waste and Society. His study investigates the form and role of ‘reuse and remake’ practices in the production of space and the urban waste economy of The City of Tshwane.

His ultimate interest and concern is the rapidly increasing global economic inequality. Work for Nova offers the opportunity to engage with theories regarding this social threat, but more importantly the opportunity to grapple with possible solutions or alternatives to it. Pierre is an avid cyclist and enjoys exploring lush, unexplored trails on his mountain bike.